Car hacking is a relatively new phenomenon, faced by the owners of late model vehicles which make use of high technology features like internet connection, Wi-Fi, and computerised control over various systems of the vehicle such as engine, brakes, steering, transmission and electrical/electronic features. The hip word of the day is connected vehicles and trend seems to be quite clear and persistent – connected vehicles are here to stay and growing in numbers by the year. A connected vehicle simply means a car is hooked up to the internet via wireless or satellite connection. The vehicle’s main computer is in charge of most mechanical and the entire entertainment system of the car, as well as its electrics and electronics. Although connected vehicles provide better fuel efficiency, more comfort and added safety due to their electronic systems and components, such cars are also vulnerable to remote hacking and malicious control, not to mention privacy disregard of their users and occupants. 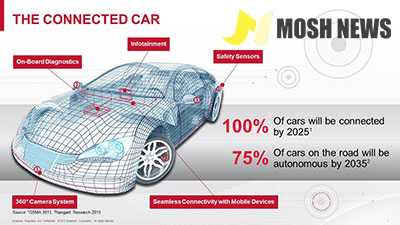 One good example of how a modern car can be easily hacked is the now well-known Jeep Cherokee experiment from twenty fifteen in which a couple of information technology scientists ‘hacked’ into a late model Jeep Grand Cherokee and took control over most systems of the vehicle remotely. Although this was a controlled experiment, it actually showed that hacking into a car from a distance is not really a problem, yet it can lead to major problems. The two researchers were able to gain access to the SUV’s electronics from more than ten miles away, by simply using a laptop and internet connection. They took control over the car’s brakes, steering, transmission and a whole host of other features and systems, including the vehicle’s multimedia. In result of the conducted hack-tests, the manufacturer Fiat Chrysler decided to recall nearly one and a half million Grand Cherokees off the market in order to have their cyber defences boosted, thus making the vehicles safer in every respect.

For ill-intended individuals, hacking a vehicle is basically the same as hacking any old computer. There are different ways to gain illegal access to the car’s computer, one of the most common ones is to intercept and face real software update messages, and turn them into malicious ones tricking users to open and install such updates unknowingly. One of the easiest ways to transmit malicious messages or commands to a connected vehicle is to broadcast them as digital radio signal – a simple but unfortunately very effective way to gain control over a car. Another two major auto industry players, namely GM and BMW have also recently refurbished their late model vehicles with stronger cyber defences, especially in respect to remote control of various systems. In the case of BMW, ill-wishing individuals were able to remotely open a door or a boot/bonnet. GM’s vehicles were even able to start remotely if hacked. 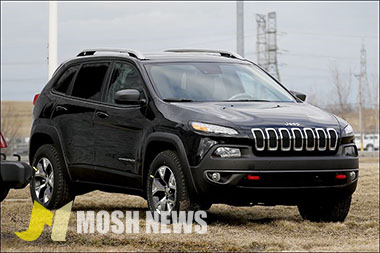 Although there has been no real world example of actual car hacking to date, it is important to take measures now and prevent any potential problems in future. Specialists who are in the frontline in the battle with (car) hackers advise owners to take some basic but effective measures such as:

Car hacking will become more of a problem as the high technology systems in vehicles grow more sophisticated with each year, and the car becomes more connected to other cars, portable devices and the internet in general. Specialists advise for people to exercise the same caution and common sense when using their car’s high tech gizmos as they would on their laptop, tablet or phone.