If you enjoy watching documentaries that show life inside the animal kingdom, you have probably heard that there are some species which are monogamous, like swans and penguins. Prepared to have you ideal of a happy and loyal couple shattered to tiny pieces. Scientists now believe that animals are not wired to be in an exclusive relationship.

According to various studies, barely 3 – 5% of animals are monogamous. Among the most prominent representatives of this interesting group are species like beavers, gibbons, wolves, and many birds, including the above-mentioned swans and penguins.

Most of these animals, however, are not as loyal as they appear to be. Many of them are monogamous for a short period of time – for a year or during the mating period. After that, the two partners in the couple move onto something fresh and more exciting. Such is even the case with birds, 95% of which live in pairs. Often times, both the males and the females would cheat on each other. Still, they seem to have some respect towards their partner as the majority of the bird species do that in secret from their other half.

Why do animals cheat 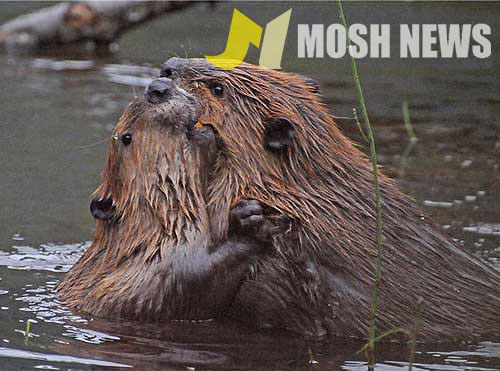 It can be said that animals were simply born to be adulterers. Males’ primary goal is to reproduce and to keep their genes alive. That is why they would mate with females outside of their long-term relationship. In short, males species go about and create backup offspring just in case something bad happens the young they have produced with the permanent partner. Females’ excuse to cheat is also related to their offspring. Female birds, for instance, mate with other males to add more diversity to the eggs they lay. Nevertheless, no matter how adulterous they are, most bird couples stay together for many years or even until they die. Still, their strong bond is not based on love, but on convenience and security. Females stay with the male because he helps her take care of the young, while males stay with the females because they want to have a sure bet in continuing their legacy, so to say.

Animals cheat but they do not approve of it

Like it was mentioned earlier, most monogamous animal species cheat, but they try to keep their naughty actions under the wraps. But what happens when the affair comes out in the open? Most animals that pair up do not approve of promiscuity. Black vultures, for instance, are known for getting into fights with cheating vultures. Certain species of salamanders attack their partners without even a proof that their “spouses” are disloyal. Male salamanders can become aggressive even when they have the slightest suspicion that their females may have cheated on them.

Hopeless romantics should not lose heart! There is one monogamous animal that never cheats – a type of flatworm that feeds on fish blood. Not long after they meet their partner, these little species connect their bodies and remain like that till death does them part.